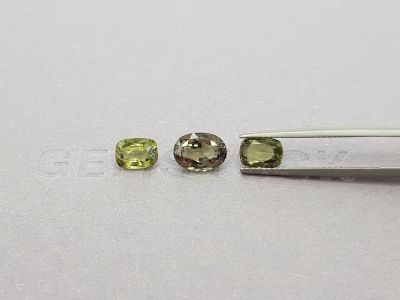 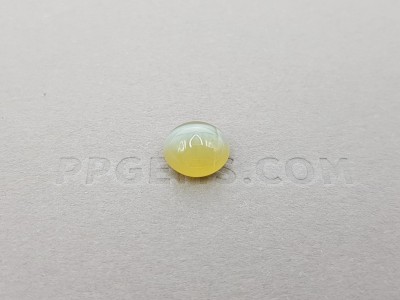 The chrysoberyl mineral is not widely known. But his jewelry variety alexandrite is known to everyone. Alexandrite was discovered in Russia, in the Urals, in the 1830s and named after the future Emperor Alexander II. Alexandrites are considered one of the rarest gemstones.

Alexandrite is a jewelry variety of the chrysoberyl mineral, known for its unusual color change effect, called the alexandrite effect: in daylight, the stone acquires a bluish-greenish tint, and in artificial - pink-red. The color change in alexandrite is caused by an admixture of chromium, which is part of the mineral structure, and the degree of saturation and contrast of the color transition is called reverse. The stronger the reverse, the more saturated the shades, the higher the cost of the stone.

The Ural alexandrites are considered the most valuable due to their bright color change and the historical significance of the deposit. However, over the current and past centuries, from the Malyshevskoye field the market receives low-quality material, with good reverse, but very low purity, sometimes even completely opaque. Alexandrites from Brazil are also highly valued, they have good reverse and high purity, but there are not very many of them on the world market lately. Mostly on the world market there are alexandrites mined in Sri Lanka.

In addition to alexandrite, the cat-eye effect of chrysoberyl, cymofan, is also known. As a rule, cymofan has a light yellow, golden or light greenish color. The effect of a cat's eye is caused by parallel channels in the stone. If such a stone is cut into a cabochon (hemispherical shape of the cut), then a white strip will appear on the surface of the stone, moving across the channels when the stone sways. Extremely rare alexandrites with a cat's eye. Due to their uniqueness, such stones are highly valued. Alexandrites with such an effect are found, for example, in the Tanzanian deposits.

Actually, chrysoberyl itself is sometimes found in the form of transparent straw-yellow to greenish-gold crystals, suitable for cutting.